For those who are in denial that sexism exists!

This Twitter Stream about #EveryDaySexism caught my attention, which then very quickly turned into anger and then exasperation.

“The Everyday Sexism Project exists to catalogue instances of sexism experienced by women on a day to day basis. They might be serious or minor, outrageously offensive or so niggling and normalized that you don’t even feel able to protest.”

Everyday sexism can be very well summed up in the words of an 80 year old woman who said in the EverydaySexism blog: “I have never met any woman who has not been sexually harassed”, amen to that! You’ll find some trolls, drama, anger, high emotions but mostly people exposing what we like best to ignore and pretend didn’t happen or rarely happens. Or like to pretend that it happens only to others, or that it’s normal, acceptable, expected. It is SO deeply ingrained into our way of life, that we don’t even notice it (comments like “you’re funny for a girl” or jokes like the one in this image!)

What’s obvious and extremely disturbing is that the sexist state of mind exists in both males and females. Victim blaming is common for females to partake in as well, asking questions like “what were you wearing? were you drinking? you guys always hung out together? was it an accident?”… etc. No one asks these questions if someone gets mugged; asking these questions insinuates that a victim of sexual harassment or a sexual crime brought this on themselves! Ridiculous!

To deal with this issue, we need both sides of the equation. We needed white men to abolish slavery. We have straight people who are fighting for equal rights for homosexuals. We need the majority of the people in power to first accept the problem and then act as a team to fix it! The problem is not equal rights any more, women have had equal rights on pen and paper for a while. The problem is empowerment. In spite of equal rights, discrimination happens everyday, in forms of salary differences, likability, promotion, credibility and marketing of pink glitter dolls! We need to see the paradoxes that exist, accept them and then work on them! Of course the changes must  come from within but we also need the majority of men to want to empower women.

So are we, the educated, privileged, intellectual disruptors of the world just going to sit back, complain, shake our heads and do nothing? 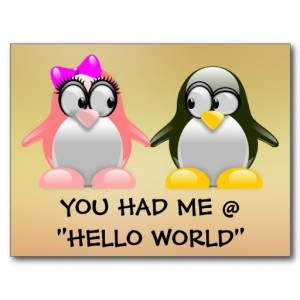